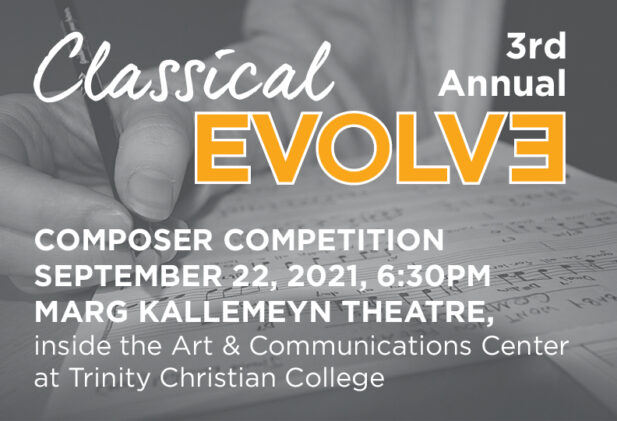 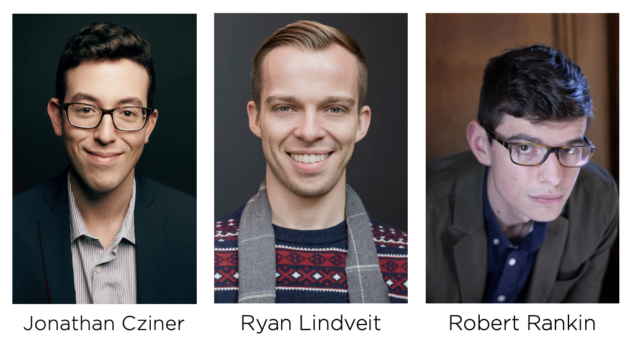 In an innovative and artistically fulfilling process, three finalists will have their original score workshopped and performed LIVE to IPO audiences on Wednesday, September 22, 2021. The winning composer will be named IPO “Composer-in-Residence” and have the opportunity to compose three works during the upcoming season.

This year’s finalists are:

Jonathan Cziner, an American composer whose music combines colorful harmony and texture with nostalgic lyricism, creating a sound-world that ranges from dark and mysterious to vibrant. His music has been praised for its “brilliant timbrel effects and contrasting moments of resonance and delicate filagree” (Theater Jones) and “daring harmonic explorations” (Dallas Morning News).

A 2018 Charles Ives Scholarship recipient from the American Academy of Arts and Letters, Jonathan’s works have been performed in the United States by ensembles including the Minnesota Orchestra, New Jersey Symphony Orchestra (NJSO), Juilliard Orchestra, and New Juilliard Ensemble. His orchestral work Resonant Bells, premiered by NJSO under the direction of David Robertson, was awarded the William Schuman Prize for most outstanding score at the BMI Student Composer Awards as well as the 2018 Palmer Dixon Prize, awarded to the most outstanding work composed at the Juilliard School.

Upcoming premieres include Ruach (and Other Delights), co-commissioned by the New York Youth Symphony and the Interlochen Center for the Arts and premiering in Carnegie Hall in 2022, and Hagah for Clarinet and String Quartet commissioned by Dallas Symphony Orchestra principal clarinetist, Gregory Raden.

Jonathan received a Bachelor of Music degree at NYU studying with Justin Dello Joio, and completed both his Master of Music and Doctor of Music degrees at The Juilliard School under the tutelage of Robert Beaser. He resides in Dallas, Texas with his fiancée Emily Levin and their two dogs, Charlie and JoJo.

In discussing his work for Classical Evolve, Cziner had this to say.

“I tend to associate people with places, or vice versa, but Four Lakes is equally inspired by people I love and places I visited with them. While this piece is ostensibly a set of four miniatures, I would rather the audience listen for the subtle musical connections between movements. The piece is structured as a traditional four movement format: an opening movement, a scherzo, and slow movement, and a fast finale. A micro-symphony if you will.”

Lindveit composed the score for the Sam Elliott-narrated docuseries Honor Guard released on Amazon Prime in 2020. He was named Composer of the Year by the Sioux City Symphony for 2020, and he has been a fellow or guest composer at several festivals including the Aspen Music Festival, Mizzou International Composers Festival, Next Festival of Emerging Artists, ACO Underwood New Music Readings, and the Interlochen Center for the Arts.

His awards include a BMI Student Composer Award, the Charles Ives Scholarship from the American Academy of Arts and Letters, the New York Youth Symphony’s First Music Commission, winner of the Wind Band Association of Singapore Composition Contest, and winner of the Symphony in C Young Composers Competition in addition to earning Special Distinction in both the ASCAP Rudolf Nissim Prize and the ASCAP/CBDNA Frederick Fennell Prize.

A committed educator, Lindveit has taught composition, music theory, orchestration, film music, and music technology privately and at the collegiate level. He holds degrees from the University of Southern California (B.M.) and the Yale School of Music (M.M., M.M.A.) and is currently pursuing doctoral studies at the University of Michigan.

“Learning How to Fly is inspired by the life of the outsider artist Gustav Mesmer (1903-1994) who made quixotic flying machines that, despite their ingenuity, could not fly. Mesmer, who was placed in a psychiatric institution against his will, dreamed of flying and made extensive plans for these machines, including bicycles with wings and propellers. Towards the end of his life, he was able to make real models of these plans with the diligence and creativity of a true artist. Although none of his contraptions ever flew, his satisfaction came from the act of creation itself. In Learning How to Fly, I wanted to capture this spirit of inventiveness for its own sake—celebrating the fact that creativity can be its own reward.”

Robert Rankin grew up in North Carolina and now lives in Bloomington, IN. Hailed as “one of the nation’s brightest and most talented emerging composers” (Fort Wayne Philharmonic), Robert’s music draws on a wide range of influences to create intense, intricate, and expressive works.

Rankin has been commissioned and performed by various ensembles, music festivals, and solo artists including the Durham Symphony, Fort Wayne Philharmonic, the Empyrean Saxophone Quartet, Split the Lark, Duo Axon, and numerous high school and college wind ensembles across the country. He has received awards and honors from organizations including Tribeca New Music, the Bridgeport Symphony Orchestra, Northwestern University, the Society of Composers Inc., and the American Composers Orchestra.

Upcoming performances in the 2021-22 season include several consortium performances of Deep State for saxophone and percussion, the world premiere of a new piece for tenor and piano commissioned by Benjamin Martin, and premieres of two new orchestral works for the Durham Symphony Orchestra and Illinois Philharmonic.

Rankin expounded on his inspiration for his competition entry.

“My piece, Make Them Dance is a sort of techno-utopian ‘dance macabre’, taking its inspiration from Shosana Zuboff’s 2019 book, The Age of Capitalism. In it, Zuboff discusses a not-so-distant future – and in some cases a very real present – in which large tech companies such as Google, Facebook, and Amazon control our life experiences and create a world which is entirely online.” 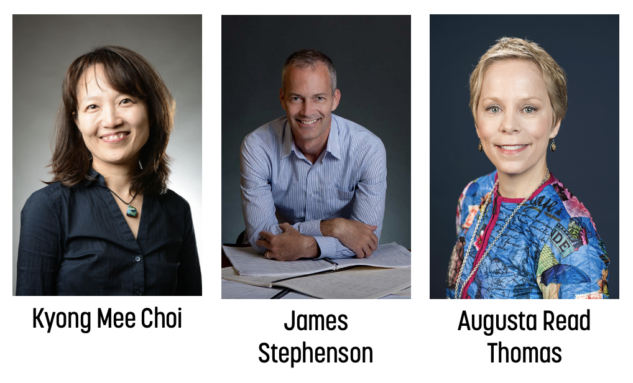