Now in its 44th season, the Illinois Philharmonic Orchestra (IPO) is a leading performing arts organization in Chicago’s Southland providing professional orchestral music of beauty and excellence to the region. IPO’s repertoire ranges from Baroque and Classical masterpieces, to world premieres and modern favorites. The Illinois Council of Orchestras named IPO the “Illinois Professional Orchestra of the Year” in 1992, 2010, and 2020, recognizing IPO’s overall artistic excellence.

After being forced to ‘reimagine’ our 2020-21 season into a virtual space, IPO is excited for our jubilant return to the stage for our 44th season.

Kicking off with a celebratory Opening Night on October 16th, the 2021-22 season features a stellar lineup of performances and musicians of seven concerts with featured IPO principal musicians and guest artists: violinist Rachel Barton Pine, pianist William Wolfram, and a performance by The Joffrey Academy of Dance, the official school of The Joffrey Ballet.

All performances will take place at the IPO’s performance venue; Ozinga Chapel on the campus of Trinity Christian College in Palos Heights. 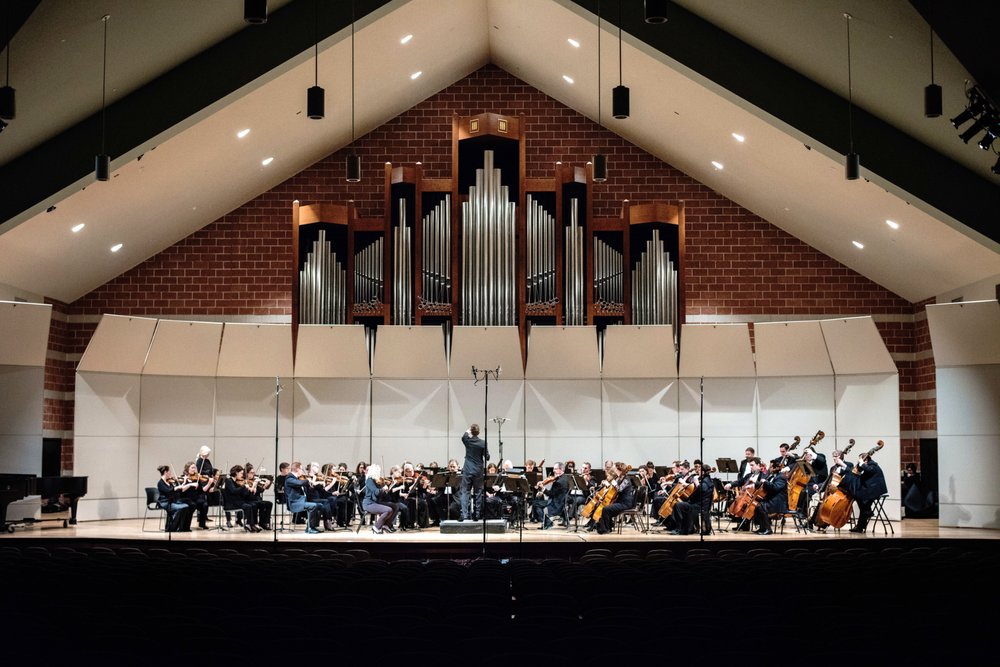 IPO’s history dates back to 1954. Then known as the Park Forest Orchestra, it was formed at the community level with volunteer musicians. In 1978, the orchestra was re-formed into a professional chamber orchestra performing in Park Forest. In 1982, the orchestra was renamed to reflect its regional mission. Instrumental to IPO’s growing success was the naming of Carmon DeLeone as Music Director in 1986. During DeLeone’s 25 year tenure, the IPO expanded its Artists-in-the-Schools Education Program to include interactive Youth Concerts. In the 1990s, IPO performed in residence at the Center for the Performing Arts at Governors State University in University Park. In 2008, the orchestra began a new residency at the Lincoln-Way North Performing Arts Center in Frankfort, a regionally centralized location. Maestro DeLeone became Conductor Laureate of the IPO in 2011. After an international search process, IPO appointed David Danzmayr as Music Director, serving from 2012-2016 and expanding IPO’s programming to include an American work on every program. In 2017, following a search that attracted over 170 applicants from around the world, IPO’s Board of Directors’ announced the hiring of Stilian Kirov as Music Director beginning with the 40th Anniversary Season. Kirov has expanded IPO’s repertoire and developed Classical Evolve, the company’s first Composer-in-Residence Competition.

IPO has a 44 year track record of expertly managing concerts and youth programming. New leadership, both Executive and Artistic, are bringing a new vitality to the organization with an eye towards future programming growth, increased community partnerships, and strengthening our fiscal foundation. The orchestra recently unveiled a commitment to address equity, diversity, and inclusion across the organization. IPO is led by a 22-member Board of Directors focused upon aligning the organization’s goals to the needs of the Chicago Southland. IPO believes in the power of high-quality music and music education to transform lives.

IPO’s Board of Directors and Senior staff are dedicated to utilizing our talents, connections and skill sets to broaden the quality of life in and around Chicago’s Southland to include a vast array of musical offerings.

Click to read the IPO Statement of Equity, Diversity and Inclusion (EDI)