New to IPO?
You are probably wondering…

What should I wear?
There is no dress code for IPO performances. You will see patrons in blue jeans, dresses, suits and everything in between. We invite you to dress comfortably, because, after all, we’re all here for the music.

When should I arrive?
The IPO Box Office opens one hour before the performance begins. Plan to arrive at least 30-45 minutes before the concert start time. This will give you enough time to park, find your seat, look over the printed program, and relax before the music begins. 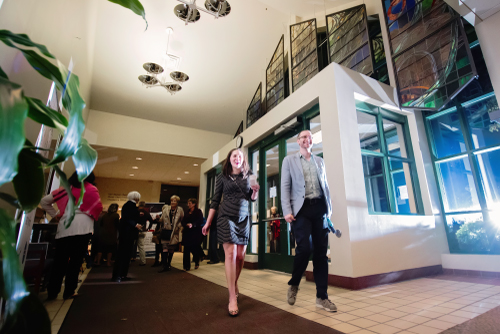 How long will the concert run?
Concerts vary in length depending on the music being performed. Most concerts last between 90 minutes and two hours, including one intermission.

How long is the intermission?
Intermission generally runs twenty minutes. This may vary for certain kinds of performances. A bell will ring shortly before the end of intermission so that you have enough time to return to your seat before the performance resumes.

Do I need to know anything about the music before I come?
No. In fact, it can be a wonderful discovery to simply sit down and listen to whatever the orchestra plays. However, some people like to know a bit about the music before they hear it. Program Notes and Musings, even Spotify Playlists,  are provided with background information about the works, composers, and guest artists on the program.

Once the music starts, there may be a brief pause between the movements. People usually reserve their applause until after the final movement of each piece so that the performers and audience can maintain their focus; however, this practice is a fairly modern convention, and IPO welcomes applause when you are so moved. Interested in the history? Check it out here.

At the end of the work, the conductor will lower the baton all the way, signaling that the piece is over. At that point, applause is most welcome. You can also check the program book to see how many movements there are, so that you can keep track.

What if I arrive late?
Late arriving patrons will be seated between the first and second works on the program or in between movements within a work. An usher will show you to a seat in the back of the concert hall and will help you find your assigned seat during intermission.

Where should I go to dinner?
Palos Heights offers plenty of fantastic dining options! Many of them are members of our IPO Dine Program. Get a bite to eat at one of our participating IPO Dine Partners on the night of a concert you are attending and save 15% off the food portion of your bill when you show your IPO concert ticket!