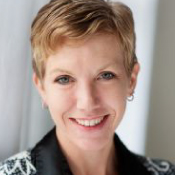 Appointed the Executive Director of Illinois Philharmonic Orchestra in January 2017, Salerno joined the symphonic world having spent seven years as Executive Director of Salt Creek Ballet (SCB). While at IPO, Salerno has increased contributed revenue by 20%, initiated a major endowment fund campaign, increased both main stage and community performances, worked to build the Marilynn Tannebaum Youth Music Education Institute, and led an institutional effort to increase equity, diversity, and inclusion along multi-facets of the organization.  Prior to the pandemic, IPO enjoyed three consecutive years of increased ticket sales and Salerno helped steer the orchestra through a robust offering of virtual concerts and events, and small “reimagined” live music opportunities, throughout the years of the pandemic.  In recognition of her leadership, the Illinois Council of Orchestras named Salerno “Executive Director of the Year” in 2022.  At Salt Creek Ballet, Salerno led a campaign to build all new sets and costumes for the company’s annual production of The Nutcracker and successfully brought live orchestral accompaniment back to the production. Her passion for increasing the visibility and capacity of arts organizations has led her to lead initiatives aimed at increasing contributed and earned revenue levels, developing board capacity, and building innovative community engagement programming. Salerno holds a Masters of Performing Arts Administration degree from Roosevelt University’s Chicago College of Performing Arts and a Bachelor of Arts degree with a concentration in Nonprofit Administration from Skidmore College. She has appeared as a guest lecturer for Loyola University’s Dance Department and Arts Reach, and currently serves as treasurer for the Illinois Council of Orchestras and VP Philanthropy of the Hinsdale-Clarendon Hills chapter of the National Charity League. Prior to moving to the management side of arts organizations, Salerno enjoyed a 15-year professional ballet career as a soloist with Boston Ballet, Zurich Ballet and The Royal Ballet in London.